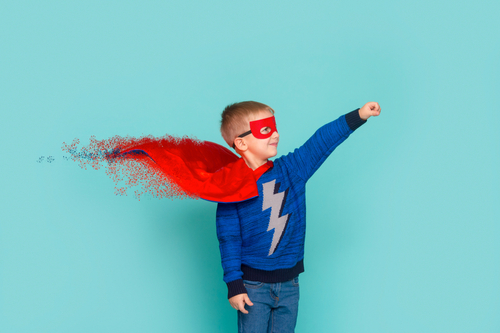 Dramatic play is, in essence, an imaginary game played by children. Children will construct worlds, characters and scenarios and will act out games and dialogue according to the rules and confines they have created around themselves. Children can assume the role of anything or anyone, be it a Prime Minister, a Queen, a doctor or a superhero. They will delegate rules and motives to the other actors in their make-believe world before assuming what can be a very amusing dialogue that lasts quite some time. Dramatic play benefits children’s literacy, creativity and conflict resolution skills. We discuss.

Dramatic play also helps to anchor emotional and behavioural control. It is often inspired by books and films that children enjoy and can be enhanced by a parent or guardian who may give out roles and responsibilities before play begins.

The Types of Dramatic Play?

There are two primary varieties of dramatic play, structured and unstructured.

Structured Play is characterised by supervision from a parent or teacher during dramatic play. The supervising adult can take a passive role and watch from the sidelines, or, instead, actively delegate roles, rules and responsibilities to children. Supervising adults may draw inspiration from books and movies and encourage children to act out alternative plots or endings from stories they know well. Props and sets may be provided.

Unstructured Play, on the other hand, is run completely by children for children. Children are very capable of envisioning entire make-believe worlds using the furniture and items around them.

Dramatic play benefits self-regulation, language development, empowerment and conflict resolution. It is a very versatile tool in a child’s path to adolescence.

Self-regulation is taught to children as they are assigned roles within dramatic play. They understand that their character is driven by motives and must therefore cater to these motives in order to move the story forward. Other rules may be negotiated as the play evolves and children will tend to comply with these rules in order to sustain the scenario for as long as they can.

Language development can be enhanced as children communicate from the perspective of new characters in fantasy worlds. They will be forced to express themselves to their peers in new ways as they attempt to get what their character wants according to underlying motives. You can rest assured there will be wheeling and dealing galore as kids attempt to acquire a mysterious lamp, a special sword or something else that is important to them. Children must also communicate what needs to happen next in the story in order for their dramatic play to progress. Without communication, the story will grind to a halt to the despair of all its participants.

Children often play at characters with significant social status, an important legacy or some heightened level of responsibility. This is empowering to children who may use their character’s actions to deal with childhood trauma. Embodying a character with power can also heighten a child’s feeling of responsibility. On this note, it’s recommended that children acting out characters with a penchant for conflict should do so in a structured play environment to avoid altercation.

The risk with dramatic play is that children might become unruly and involved in physical altercations when conflict arises and there is no supervision present. While negotiation is often effectively performed by children in imaginary games, sometimes things escalate out of control and children are pushed to use actions rather than words to solve disputes. It’s wise to monitor children at the start of the play to ensure safe surroundings. for anything that could be used to hit each other with.

Both structured and unstructured dramatic play offer teaching opportunities regarding conflict resolution. For example, Disagreements may arise when children do not agree what roles everyone is taking on, for example, if menu items are unavailable within an imaginary restaurant. Disagreements offer children a chance to see from the same perspective and often require compromises to be struck.

Dramatic play should be encouraged. Dramatic play benefits children’s imagination, their communication skills, empower themselves and learn conflict resolution skills. It’s very easy to set up a room for kids to play in and to provide cheap costumes and props to enhance the experience. Doing this can often enhance the value children perceive within their dramatic play.

At Valley Heights Preschool, we encourage both structured and unstructured active play at various times in the day. If you would like to learn more, head to our contact page for more information or call us on (02) 9826 0266.